Home / Choosing and assessing schools / What about boarding schools?

What about boarding schools?

by Barnaby Lenon, Headmaster of Harrow School, 1999–2011, and chairman of the Independent Schools Council (ISC) 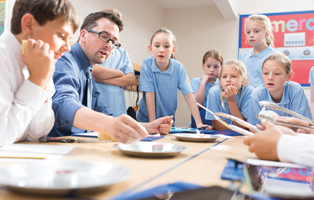 Boarding schools continue to be popular in the twenty-first century, offering exceptional education and extra-curricular activities with round-the-clock pastoral care.

What about boarding schools…

The 2021 ISC Census showed that an estimated 65,345 pupils board at ISC schools. Overall, 458 schools, representing 33per cent of all ISC schools, have some boarding pupils.

Parents are able to choose between different types of boarding to suit their child. Although full boarding remains most popular overall, the pattern appears to be changing with weekly and flexi boarding becoming more popular. In 2016, 15.7 per cent of boarders were weekly or flexi boarders. In 2021 the figure was 19.5 per cent. Many working parents value the flexibility of these boarding options.

Although the overall number of non-British pupils with parents living overseas has understandably declined due to the pandemic, the number of Hong Kong pupils has increased by 6.6% to 5.466.

The parents of these pupils choose British schools because they are keen for their children to master the English language, they understand the significance of extra-curricular activities as part of a wide education, and they know attending a British school may be the best way to gain admission to a British university.

Some boarding and day schools have set up franchise schools abroad. While I was headmaster at Harrow we built schools in Thailand, Beijing and Hong Kong. These schools pay a fee to the British school which helps to keep down the fees paid by parents and can be used to fund transformational bursaries at the school. In return, the British school provides advice and monitors the franchise school in a way which guarantees standards.

In 2021, average fee increases were 1.7 per cent. A total of 179,768 pupils now receive help with their fees, representing 35 percent of all pupils. The value of this help totals over £1.1 billion, an increase of 4.3 per cent on the previous year.

This reflects the long-term aim of our schools to increase bursary provision and widen access. Over the last 15 years, there has been a consistent trend of schools providing increasing amounts of fee assistance to pupils.

Boarding schools have many advantages:

The boarding environment is positive and fun, but remember:

Choosing to board is a personal decision for parents to make with their child – and with support and advice from their chosen school. Every school is different and details of individual schools can be found on their websites, or through the Independent Schools Council (ISC) website.

What is the ISC?

The ISC is a membership organisation that brings together seven education associations and works on behalf of more than 1,300 independent fee-charging schools in the United Kingdom, which educate more than 500,000 children every year.

The ISC has three main functions, covering policy and public affairs, media and communications, and research and data. The aim of the ISC is to be a service organisation, promoting and protecting the independent education sector.

Importantly for our members, the ISC provides a central base in London where all types of independent schools (prep schools, mixed and single-sex, academically selective and non-selective, day and boarding) can come together to discuss issues of common interest. Parents can find information about all ISC schools at www.isc.co.uk