The Leys Drama Scholar, Amira A, returns to Netflix drama 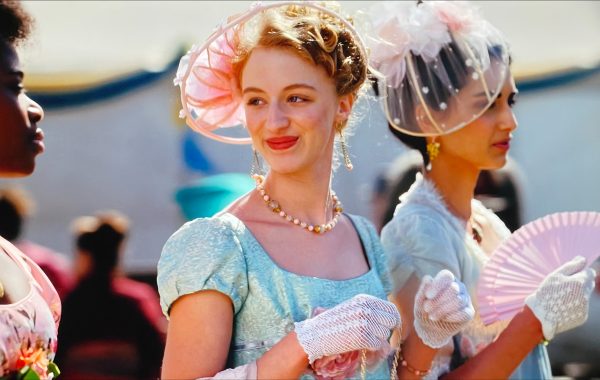 Amira was fortunate enough to be given the opportunity to take a non-speaking role in Season 2 of ‘Bridgerton’, the Emmy-nominated Netflix drama based on Julia Quinn’s bestselling romance series. This summer she had the privilege of filming for Season 3, where she has been cast as a ‘Debutant’.

Amira’s passion for drama is clear from the volume of school productions she has taken part in. Her musical ability sees her perform weekly in the pupil-led music committee she helps to run, ‘Unplugged’, inspiring and encouraging all pupils to perform to peers, teachers, and parents.

Amira commented: “Season 2 was my first acting job and it was incredibly nerve wracking, especially as I was the youngest there! However, I quickly learnt how things work on set and met the most inspiring people and even got to talk to the main cast! One of the scenes I filmed was at Ascot Racecourse where we all got to watch the horses actually race, which was so much fun.

“This summer I filmed for Season 3 and travelled to lots of amazing places; it was the experience of a lifetime!”