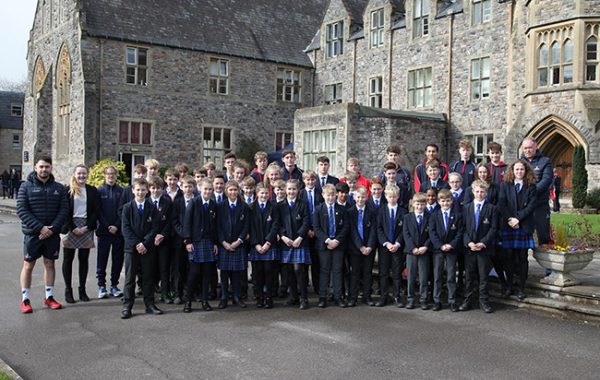 A massive 60 students from Taunton School have been selected in the latest round of County and District cricket pathways – a record breaking year once again.

Both boys and girls ranging from 9 to 18 years have been selected for county, district, academy and international squads, including Somerset, Devon, Cornwall and as far as Hong Kong.

Director of Cricket Pete Sanderson said: “These students are a credit to how sports players can mix their academic studies with still developing their sporting skills. I’m extremely proud to see so many students getting recognised for their talent. They have all worked extremely hard in their different groups and individual sessions that the school runs throughout the winter.”

Pete Sanderson added: “The basis of the sessions in the early part of the winter is preparing players for their county pathway sessions with an emphasis on batting development, experimentation or modifying weaknesses.”

Of the 60 students, 15 girls have been selected. Students Anna Parkinson and Joleigh Roberts are both part of the Somerset Women’s squad. Pete Sanderson commented: “Both Anna and Joleigh are genuine all-rounders and both could fulfil their dreams of playing for England.” He added: “It’s great to see so many girls getting involved in cricket. We have strong links with the Somerset Women’s Team and this is an area which is growing in strength every year.”

One of the school’s most promising players is Year 13 student Conway Gilbert, who was selected to tour with Somerset County Cricket Club full team in Abu Dhabi after impressing coaches on the Somerset Academy. Unfortunately due to the coronavirus outbreak, the trip was cancelled, but Conway will still get the opportunity to train with the team this year, and continues to be part of the County Academy.

Somerset’s Director of Cricket Andy Hurry commented: “This would have been great opportunity for Conway to gain an insight into the professional environment and to benchmark his progress. We have been excited by how he has developed this winter with the academy programme.”

Chris Hunkin, Cornwall’s Performance Director who has worked with Conway for several years said “We were delighted to hear the news that Conway had been selected for the Somerset CCC 1st team squad on their pre-season tour to Abu Dhabi. Conway had always shown a high level of ability and since his move to Somerset and Taunton School this was developed more and more. We are very proud with Conway’s development as a true Cornishman.”