Stamford Students win ‘All the World’s Your Stage’ competition 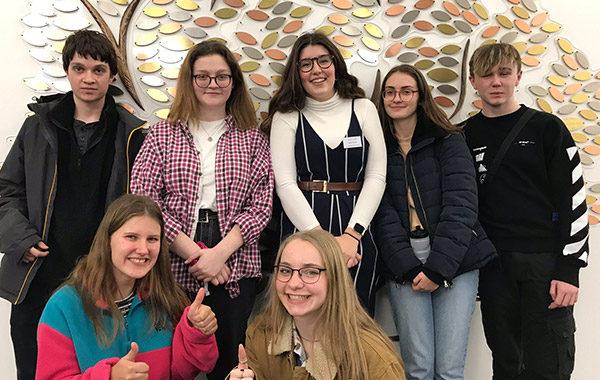 Students from the Stamford Endowed Schools have won a multitude of awards for their performance in the ‘All the World’s Your Stage’ modern foreign language drama competition, held at the Girls Day School Trust in Nottingham.

Forty students competed from five schools, creating their own short plays in French and Spanish, exploring themes relevant to their current academic studies. The day culminated in a showcase of the students’ linguistic talents, as teams performed their plays.

Stamford won the overall competition, being presented the award for ‘Best Play’, with two students also receiving individual awards. Eloise Quetglas-Peach, Year 12, took home the prize for ‘Best Actress’, for her impersonation of an elderly French grandmother, whilst Heidi Hooper, Year 13, won a prize for the ‘Best Comedy Actress’, after her comical imitation of a French Pâtissier.

Lizzie Clark, Year 12, said: “The day was a huge success and thoroughly enjoyed by everyone. It really helped to build our confidence, especially in speaking a foreign language.

“To those wishing to study, or who currently are studying, a foreign language, I would highly recommend this experience. It presented many new opportunities and really helped me to step out of my comfort zone.”