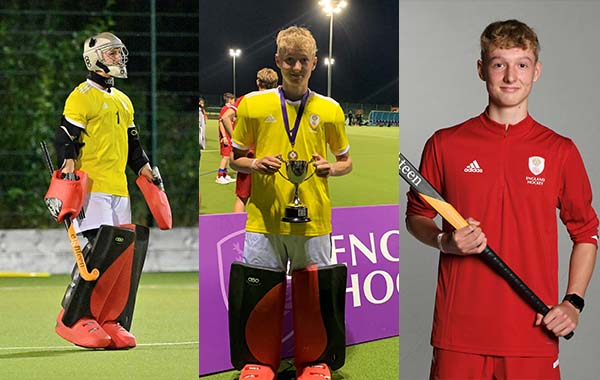 Sixth Form pupil Hugh, is a Hockey Goalkeeper, he took part in the National Futures Cup tournament in August playing for the U18 winning team Mercia Lynx!

His selection for National Age group squad U18 was a two day trial in September at Loughborough University and he has found out this week that he has made it into the team of England hockey U18 training squad – just 50 players nationally and Hugh is one of only 6 goal keepers selected. There are further trails at Lilleshall National sports centre in November and then the team is announced for the international matches in 2022.