Home / News / Sharing Perspectives from the Headmaster of Rossall School

Sharing Perspectives from the Headmaster of Rossall School 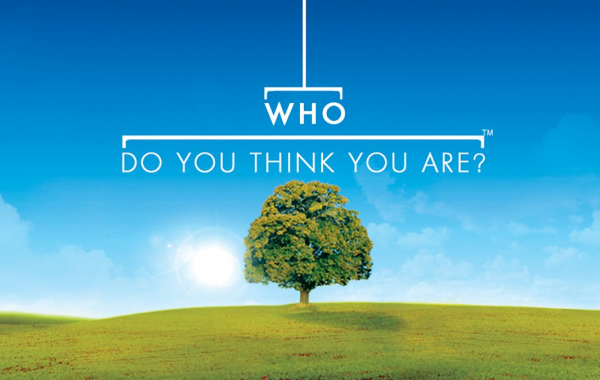 This has been an incredibly challenging eighteen months and it is easy to focus upon the negatives. However, we should be heartened by the resolve that our young people have shown when engaging with complex problems such as climate change, social injustice and racial inequality. It is worth remembering that our children really will inherit the world and it is no exaggeration to observe that the future of humanity lies in their hands. Young people are more politically engaged than ever before and they possess a sophisticated understanding of cultural and social issues.

The seductive power of highly charged rhetoric often serves to create division rather than build consensus. Over time, those who hold particular views on this or that topic tend to become more entrenched; rarely do they become more considered. Online, our affirmation often comes from viewing content selected by dismal algorithms that serve to amplify our views rather than offer competing perspectives. The internet serves as a digital echo chamber. At those points when we would do well to listen and reflect meaningfully upon the lived experiences of others, we see only a distorted version of ourselves reflected back. This unthinking reinforcement of partisan perspectives all too often gives way to self-righteous indignation, sanctimonious pomposity and a depressing reluctance to truly engage with differing world views.

One thing for sure is that young people do not like to be patronised and nor do they like to be on the receiving end of endless lectures. As educators, it is our responsibility to teach children how to think and not what to think.

It is our responsibility to provide a context within which issues related to cultural identity, race and gender can be explored. As a child I learned about apartheid by reading the novels of Alan Paton. The searing prose of ‘Ah, but your Land is Beautiful’ and ‘Cry, the Beloved Country’ influenced my developing moral framework. Similarly, Pamela Jooste’s novel, ‘Dance with a Poor Man’s Daughter’ dealt with life in Cape Town’s District Six, and this helped me understand the gross injustices of apartheid from the perspective of a child. Years later, I would visit South Africa and find myself in Soweto and the Cape Flats during the very height of the AIDS crisis. Having the opportunity to listen to the stories of those who had lost loved ones was so much more powerful than reading about the problem in newspapers.

I am a historian and I have a fascination with human life. At points in my life, my intellectual sensibilities have been stimulated by drawing close to events that seem of monumental contemporary relevance. Living in Ireland in the years immediately following the Good Friday Agreement taught me a lot about human nature and conflict resolution. In a sense, it felt like my friends and I were playing a tiny part in a brave new world that was no longer dependent upon religious division and long-standing prejudices.

I found myself in Nepal during a Maoist Uprising. I was in Northern Macedonia for the very tense elections of 2002 and I remember the influence of Albanian separatists in the suburbs of Skopje. I was in Jerusalem the day Yasser Arafat died and in Abu Dhabi when Sheikh Zayed passed away days earlier. In  2005, I witnessed the social and economic impact of life in a failed state when visiting Yemen. In 2007, I was in Beirut and visited the Hezboullah controlled stronghold of Baalbek. I listened to young men reflecting upon their role in the devastating war with Israel. Looking back on this period of my life, there is a clear pattern.

I would be worried if one of my daughters told me they intended to experience life in a conflict zone.  However, we should be encouraging young people to learn from listening to accounts from those who have experienced lives which are entirely different from our own. Young people do need to know, from a human perspective, what happens when prejudice is not challenged. If we want them to recognise injustice then it must be because they are engaged with such topics from an entirely human perspective.

Realistically, most children are not going to potter around the world stumbling across conflicts and, in any case, gross injustices occur much closer to home and are all too often perpetrated by those with whom we are familiar. Listening to the personal testimony of those who have experienced any form of prejudice is powerful because it is relatable.

For the last fifteen years, I have worked for the Holocaust Educational Trust sporadically. Much of their work has been predicated upon the importance of listening to survivors deliver their testimony.

Personal testimony serves to rehumanise issues that have become politicised by the media. It serves to remind us of the destructive impact of all forms of prejudice or intolerance. It provides an opportunity for compassion which transcends differences of opinions.

If we are to ensure that young people are prepared for the challenges of the world which they are going to inherit then it will not be because we have asked them to pick sides in a weaponized war of words. It will be because they are committed to realising a compassionate vision which is based upon acquired knowledge of the world around them. Schools have a vital role to play in terms of modelling what it means to be an inclusive community within which cultural differences are celebrated and understood.

Next year, all School assemblies at Rossall will have a section entitled ‘Perspectives’. This will consist of a member of our community sharing a little bit of their personal history in the hope that it inspires children to think and engage in narratives which sit beyond their own personal experiences. We need to stimulate children to ask questions – it is not always for us to provide all the answers.