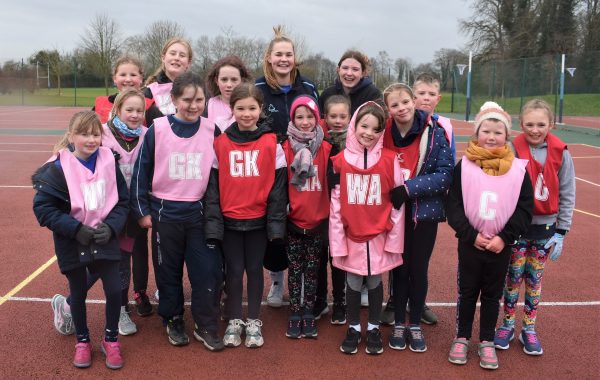 Pocklington School shared its facilities and resources as part of its Schools Outreach Programme when the Head of Netball and Co-curriculum hosted a netball coaching session for 8 to 11-year-olds from local primary schools.

The children were guided through a series of sporting drills, which focussed on key elements of gameplay including ball skills, footwork, attack, defence and rules of the game. After several team exercises, the youngsters enjoyed some match play, where they put their newly refined skills into practice. The Sixth Form leaders concluded the session by thanking all the children for working so hard (and on such a cold morning!) and awarded certificates of merit.

She continued: “The children did their respective schools proud, and we were hugely impressed with their love of being active as well as learning new skills, despite the wind and rain!”

Pocklington School offers a Sports Scholars programme which is designed to nurture and support the sportsmen and women of the future. The sports scholars receive a range of support and the programme is aimed at students entering into Year 9 or 12. Please visit the school website for further information.