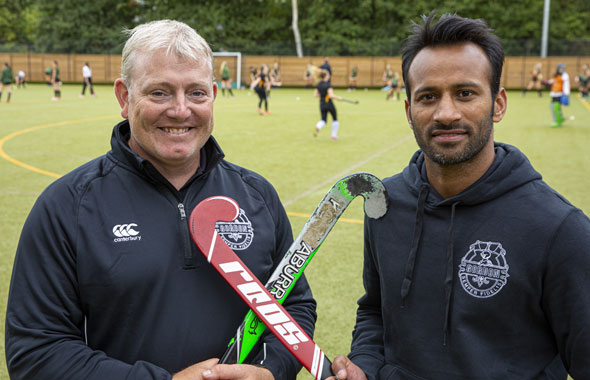 Historic rivalries have been swept aside as two hockey giants from opposing countries unite this term to teach at Gordon’s School.

Former Pakistan Olympian Muhammad Irfan has joined former GB player David Mathews on the Hockey coaching staff of the First Team which this year enjoyed its most successful season ever.

Mr Irfan, a prolific goal scorer and renowned defender hopes to build even further on the First Team achievements and brings a wealth of experience both as a junior and senior national team player. He is looking forward to introducing ‘Asian skills’ to his new cohort.

He and Mr Mathews, a House Parent at the school in West End, Surrey will also coach at Richmond Hockey Club where Mr Irfan will play for their First Team.

Mr Irfan said: “The school is already doing a brilliant job and I will put my expertise in and see how it goes.

“I am really enjoying working at Gordon’s and excited about it.”

A veteran of the 2012 London Olympics, Mr Irfan also played for Pakistan in the 2010 Commonwealth Games. Hockey has been a passion since childhood.

“I have given a very long service to my country, playing top level for many years”, he said, adding: “The time has come to help future generations”. 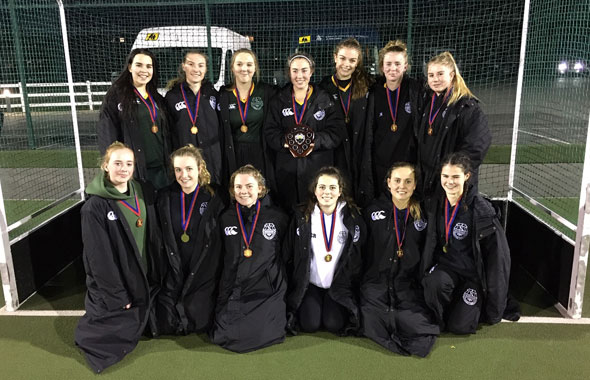