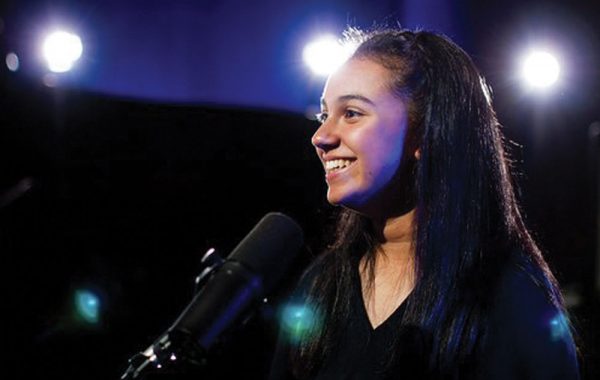 Headington School pupil Numa Shah was one of over 20,000 11 to 14 year olds in the UK to apply to take part in Got What it Takes, a CBBC television talent programme. She was invited to apply after uploading a video of herself singing. After an arduous audition process, Numa was one of eight young people selected to appear on the show. Numa, who learns the guitar at Headington and sings as part of Headington’s jazz and soul group Soul Train, said: ‘It’s been really incredible, I have met so many people and I honestly didn’t know if I would ever get this far. It’s been a really good experience.’

Over the course of the show, singers were selected to take part in a sing-off with a difference – their performance was to the contestants’ mothers, who voted for their favourite. Numa won the first sing-off with a performance of King by Years and Years. She made it to the sing-off in week eight, performing Say Something by Justin Timberlake. All eight singers progressed to the semi-final, with the singer achieving the most sing-offs receiving a pass to the final. After a semi-final performance of Youngblood by 5 Seconds of Summer, Numa won the hearts of the public and secured her place at the final in November 2018. Her final performances were of Life of the Party by Shawn Mendes and Perfect Strangers by Jonas Blue. She missed out on winning the contest to Lauren, who received an automatic place in the final after winning the highest number of sing-offs.

Numa said she had gained a huge amount from the experience. She added: ‘While it is a competition, I focused mainly on making friends and meeting new people – it’s been really amazing.’ Over the past few months Numa has sung in school at an open mic night and at a charity talent show, and in the wider community, at the prize-giving ceremony for a local library’s summer reading challenge and at the opening of the Woodstock Christmas market.