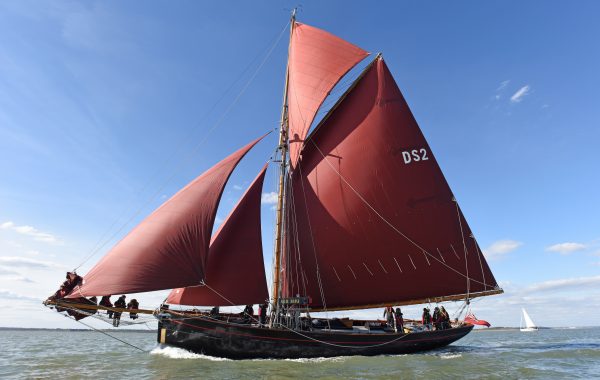 Dauntsey’s has announced the 2022 summer sailing programme for its Tall Ship, Jolie Brise. The programme includes seven different cruises for pupils, lasting between four and ten days. Jolie Brise will set off from the Hamble, cross the North Sea and head to Amsterdam to join the rest of the Tall Ships Fleet in the port of Harlingen. She will then take part in the famous Tall Ships Parade of Sail. Cruising-in-company with some of the other Tall Ships, Jolie Brise will head to Antwerp. From here, the crew will sail out of the Scheldt, with the other Tall Ships, in the Parade of Sale, racing for more than 500 miles. The race concludes north of Denmark and Jolie Brise will then cruise between Denmark, Norway and Sweden, towards the Baltic, before heading to Aalbord for the final Crew Parade of the 2022 Tall Ships Programme.

Leaving Aalbord, she will sail the 350 miles across the North Sea, finishing in Hartlepool. From Hartlepool she will move on to explore the Friesland Islands to the north of Holland, then to Ijsselmeer, before sailing south into the Markermeer, finishing in the heart of Amsterdam. Jolie Brise will then cross the North Sea to the east coast of England. The cruise will conclude with a sail up the Thames to dock in London, close to the Tower of London. The final cruise will start in London and sail past the White Cliffs of Dover and Beachy Head, to take Jolie Brise home to the Hamble.

“We have a very exciting sailing season lined up for Jolie Brise. More than 150 pupils will have the opportunity to set sail on Jolie Brise this season. Taking part in the Tall Ships Race and Sailing-in-Company is a once in a lifetime opportunity and will feel all the more special after the recent restrictions.

“We are in for some exciting and challenging sailing and the pupils can look forward to learning a lot about sailing but also about themselves and what they can achieve with a bit of grit and determination when we are out at sea.”