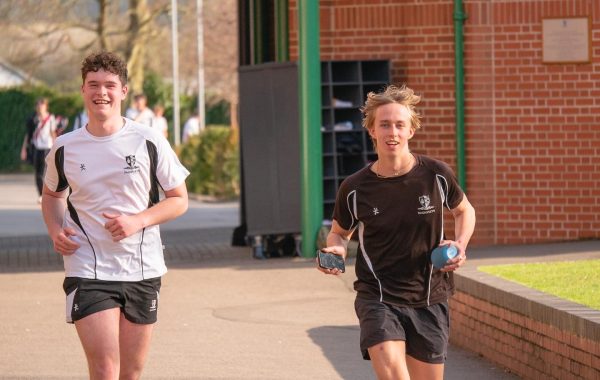 A team of 62 Sixth Formers and seven staff from Dauntsey’s has completed a 24-hour Runathon to raise money for the school’s chosen charity for 2022, the mental health charity, MIND.

“The Runathon has become an annual fixture in our fundraising campaign and one that the Sixth Form really looks forward to as it raises a great amount for charity.

“Over the course of the 24 hours, at least one person will be running the route around the school – it’s often more than one – and there’s some healthy competition! This year the pupils and staff surpassed themselves by completing more than 1,760 laps of the course raising a great deal of money for charity.”

“Thanks must go to all the – now exhausted! – runners and to the pupils and staff who cheered on the runners and counted laps for the 24-hour period, braving the cold night time supervision slots with good humour and enthusiasm.”