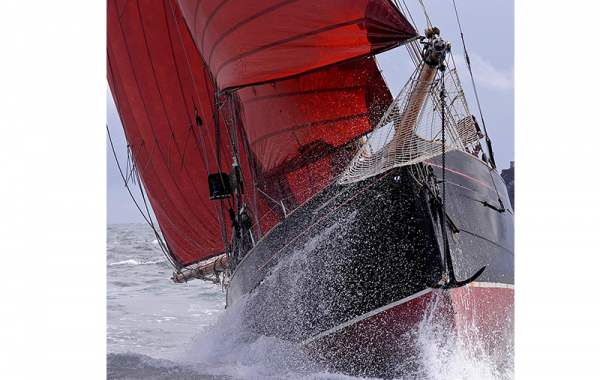 Dauntsey’s Tall Ship, Jolie Brise, has retained the Aurora Cup, winning the ASTO Small Ships Race. Crewed by pupils with the support of more experienced sailors, the ship was first to cross the finish line, in spite of challenging weather conditions, in the day-long race across the Solent.

“I was thrilled to have the opportunity to be part of the crew for the ASTO Small Ships race. We sailed across to Cowes in great conditions and practised for the first time as a team the night before, but we woke up on race day to hideous conditions.

“We had to work really hard as a team to navigate the difficult sailing conditions but the teamwork paid off and we ended up winning as a result of our perseverance. It was really inspiring to be among the other Tall Ships sailing alongside each other and to be involved in the race as a crew member. We were so pleased to bring the Aurora Cup back to Dauntsey’s once more.”