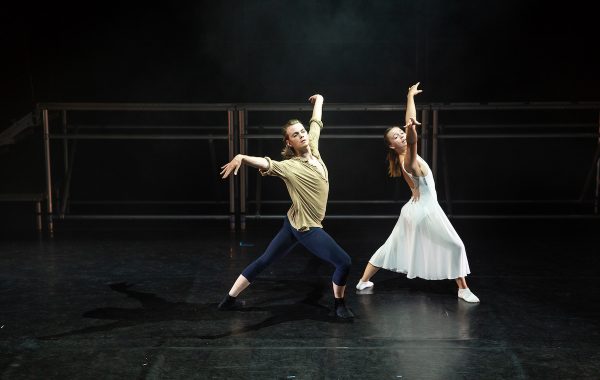 Last week Dauntsey’s staged a dance performance of the psychological thriller Black Swan,  for pupils, staff and a small number of parents. Based on the 2010 film of the same name, Nina is a young dancer who struggles to maintain her sanity after winning the opportunity to play White Swan in Swan Lake.

The ballet requires a dancer who can play both the White Swan with innocence and grace, and the Black Swan, who represents guile and sensuality. While Nina is perfect for the role of the White Swan, a newcomer, Lily, is the personification of the Black Swan. As rivalry between the two dancers transforms into a twisted friendship, Nina’s dark side begins to emerge.

“This production is very different to anything we have done before.  It has much more serious themes which most can relate to.  It was a very collaborative process and lots of the choreography came from the pupils.

“Due to the short timeframe and Covid restrictions, I decided to work with a much smaller cast of only nine Sixth Form dancers and we managed to put the piece together in just one term, rehearsing during break and prep times.   This process brought the dancers together as they had to rely on each other so much.  Each having such an important role has given them the experience of working together as a company, as they may experience in the future if they pursue a career in dance.

“For some, it is their last show at Dauntsey’s, and I am so thrilled that these Upper Sixth students are leaving on such a high.  Huge thanks go to all the dancers and also to the technical team who helped bring this production to the stage in such a tight timescale.”

Ed, one of Dauntsey’s Sixth Form dancers in the production, said:

“Dauntsey’s dance is more than just a hobby, it’s been a family to me.  There is always someone there to support you and push you to do your best.  Friends got me into dance, I wouldn’t have chosen this as a career but now I’m going on to do performing arts, I wouldn’t have made those choices if it hadn’t been for my time at Dauntsey’s.