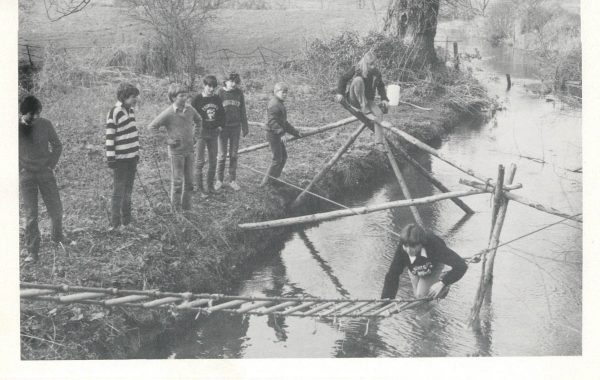 This term Dauntsey’s celebrates the fiftieth anniversary of Moonrakers, its programme of outdooractivities for Third Formers

Moonrakers is the largest programme run by the School’s adventure education department, with 120 Third Formers taking 21 activities run by 16 teachers, over 30 weeks, with around 15 Sixth Form helpers.

The programme was introduced in 1971 by the then Head Master, Guy King-Reynolds, with the objective of “trying to educate 13- and 14-year olds in the use of their leisure time.”  There was a compulsory six-week course in campcraft, navigation, first aid, gym and “service to the School”.

“For half a century, Moonrakers has been an iconic Dauntsey’s experience. When Upper Sixth Formers have their leavers’ events, they all talk about it as a high point of their time here.