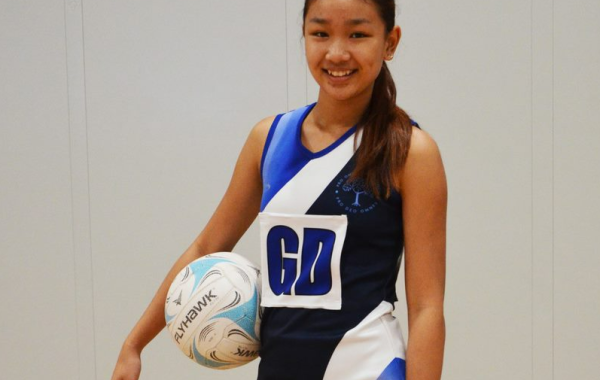 Twelve-year-old Jina, a pupil in Year 8 at Badminton School in Bristol, has been selected to join the prestigious U18s Severn Stars Netball Super League Nova Academy based in Worcester.

This phenomenal achievement for someone so young will enable Jina to train and play against some of the most talented netball players in the country.

It comes after Badminton School’s appearance on CBBC’s new TV series ‘Our Boarding School’, which featured Jina during an episode where her skills on the court were noticed by a talent scout.

Jina said: “I am very proud of myself for getting into the Nova Academy because it has always been a dream and I am glad I achieved it at the age of 12. Playing with older players makes me nervous sometimes but they are really nice and caring. They are also extremely good which aspires me to train harder.”

Miss Elsley, Assistant Director of Sport at Badminton, said: ‘I am so incredibly proud of Jina and what she has achieved. Not many people get the opportunity to experience playing at topflight level, so this next year will give Jina an insight into what it truly takes to play at elite level and whether it is something she wishes to pursue longer term. Jina has worked so hard, overcome so much adversity and shown so much courage to achieve what she has.”