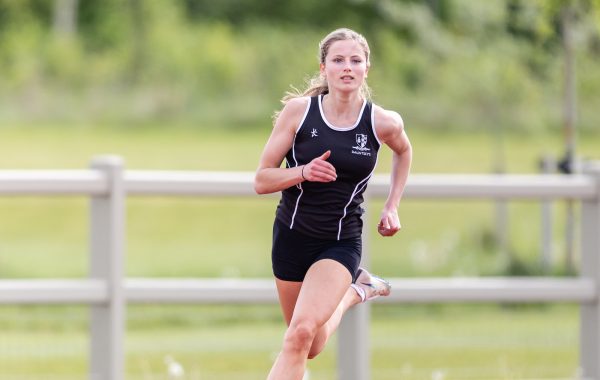 Photograph shows: Ophelia Pye from Dauntsey’s has been selected to represent GB and Northern Island Under 18 Athletics at European Championships

Dauntsey’s is celebrating the success of one of its pupils, Ophelia Pye (known as Phe Phe), who has been selected to represent the Great Britain & Northern Ireland Under 18 Athletics Team at the European Championships to be held in Jerusalem in the first week of July.

Phe Phe joined Dauntsey’s aged 11 and is a multi-talented athlete. In recent years she has focused on 400 metre hurdling. The new synthetic athletics track at Dauntsey’s has been of real benefit to her training, as has her coach David Hemery, the former Olympic Gold medallist and world record holder, who now works at Dauntsey’s as an athletics coach.

“It has been a pleasure and privilege to have been invited to coach at Dauntsey’s. Phe Phe has always had good natural running ability, but many athletes have that and never move on to fulfil their potential. She learns fast, is willing to train hard and improves under competitive pressure, a great combination.

“This year she has had five competitions and has improved her time in every one and is now ranked 2nd in the UK for her age group. Her best time so far for the 400 metre hurdles is 59.74 seconds which has meant that she has been selected to represent GB in the European U-18 Championships.

“I had two brilliant coaches, who enabled me to win the Mexico Olympic 400 metre hurdles and I hope that Phe Phe continues to improve and enjoy her sport”.

“Phe Phe is an exceptionally talented and determined young lady and I have enjoyed watching her progress during her time at Dauntsey’s. Being able to work with an Olympic Champion in David Hemery on a new track has seen her continue to improve. She is a modest and humble girl and a great role model for all of our younger athletes. We are all extremely proud of her and wish her all the very best at the European Championships”.