Home / Choosing and assessing schools / Faith in our schools

Faith in our schools 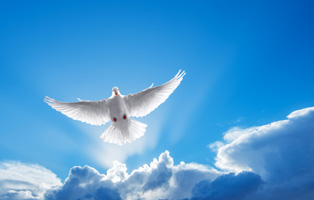 Faith schools have often been – and continue to be – controversial. People opposing faith schools express concerns about the possible indoctrination of developing minds whereas supporters point to the strong moral compass they provide in a world which provides so many temptations and distractions for young people.

It is important to distinguish between majority faith schools where the curricular offering is very much mainstream and the very small minority of establishments where the curriculum is substantially reduced or distorted for doctrinal reasons. Our focus in this Guide is very much on the former and these include many well-regarded and well-established schools.

There is a wide range of schools with affiliations to faiths. Some of our oldest established boarding schools were originally founded as Christian institutions but not all have retained such a strong religious tradition. Dulwich College is a good example – it remains a Christian foundation with an Anglican Chaplain and an honorary Catholic Chaplain but with no chapel on its campus since it moved location in 1874 and no requirement on any of its pupils to attend any overtly religious gathering. It caters for the needs of a multi-faith student body with visiting Imams and Rabbis and provides for meetings of Hindus and Sikhs. Other schools such as Christ’s Hospital (Anglican) and Prior Park (Catholic) maintain strong allegiance to their founding traditions, although they are very much open to those of other – or no – faiths.

Many faith schools are very popular with parents from other persuasions. The strong moral principles on which most faith schools are based inculcate the good behavioural outcomes and disciplined approach to learning which coincide with the expectations of most parents. Those maintained primary schools with Catholic or Anglican Church governance are the most popular among parents of different faiths – sometimes to the extent of real or apparent sudden parental conversions in order to improve the child’s chances of a place! The balance between strong principles and indoctrination is important, however, and is an area where most good faith schools show respect for and tolerance of the views of families from a variety of faith backgrounds.

The range of faith schools in the boarding sector is extensive and reflects the role of various faiths in the founding of schools across many years. Within the Christian faith, there are Catholic schools such as Prior Park and Stoneyhurst, Anglican schools of varying churchmanship such as the Woodard group (high church Victorian foundations including Lancing and Worksop) and those of a more Protestant tradition such as Rugby. There is a strong Methodist group (including Kent College and Ashville) and several well-established Quaker foundations such as Leighton Park. Caterham School was originally established to educate the sons of Congregationalist ministers although it is now a mainstream co-educational boarding school.

Clifton College, a Christian foundation, had a Jewish boarding house for many years and a strong tradition for attracting Jewish students. Many pupils transferred to Clifton when Carmel College, a Jewish foundation, closed in 1997 following the demise of the Government Assisted Places scheme on which it was heavily reliant. Several boarding faith schools based on the Islamic tradition have been developed over the last 20 years and this provision is likely to expand.

The independent sector is very much about parental choice. Faith schools widen that choice and can cater for parents who want their children’s education to reflect their own faiths as well as parents who feel that a faith school will help to provide a stronger moral compass. The variety of faiths represented and the differential contributions which faith makes in the modern lives of each school allows most parents to find a school well-suited to their child and the family as a whole.