Using robotics, 3-D printing and computing in a prep school 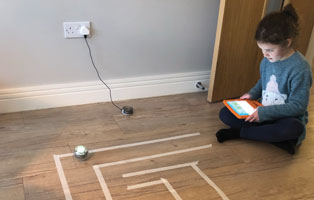 The ability to understand twenty-first century technology is the first step to being able to control the creative power of computers. There is no doubt that prep schools must meet this challenge head on if we are to fulfill a leading role as educators of the next generation.

The perception that this challenge involves the adoption of a completely new set of skills needs to change. In fact, much of what we can learn from computational thinking has been championed by prep schools for generations: resilience, perseverance, dedication, focus, and accuracy.

The challenge with computing education is that we do not know what the technology will be when our pupils leave formal education in a decade’s time. What we do know is that almost all roles will use technology, so knowing how technology works will be an essential prerequisite for a successful career. Key to our pupils’ success will be an understanding of computational thinking and developing a lifelong interest in computing.

The Raspberry Pi Foundation explains that ‘computational thinking is solving a problem by breaking it down into its individual parts and building an algorithm to solve the problem’. This area of computer science encourages children to be creative. Prep schools provide the ideal environment in which to develop creativity. With their excellent pastoral care and nurturing communities, small class sizes and dedicated staff, they can provide the perfect opportunity to experiment and ‘fail safely’.

To develop computational thinking, children need regular access to physical computing so that they can see the results in tangible rather than abstract form. To achieve this, here at Belhaven Hill, we have invested in Spheros, Micro:bits and Raspberry Pis.

The younger pupils use the Sphero robots, spherical robots which can be programmed on iPads using a block-based programming language. Creating routes for the Sphero to navigate provides the opportunity for problem-solving and gives children a feeling of mastery through ‘live’ experience. The pupils can also make the Sphero robots communicate with each other, allowing the development of simple communication protocols, as well as responding to events such as crashing into a wall! This ability to break a task down into its composite parts lies at the heart of computational thinking.

Older pupils at Belhaven Hill use their iPads to program Micro:bits. These are microcontroller boards specifically designed to teach children physical computing. Pupils use a similar block-based language to the Sphero to program the Micro:bits’ onboard components (such as buttons, compasses and LED screens) and can also add components such as a Servo.

Physical computing offers children the opportunity to be creative with their solutions to problems. Alongside programming, children can be introduced to other skills such as soldering, computer-aided design (CAD) and computer-aided manufacturing (CAM).

We have recently invested in a 3-D printer which has created real excitement among the pupils. They have used it to produce chess set pieces, a new trophy for the school’s stop-motion animation competition during lockdown, and to make other familiar items. This has already created a legacy in which the children see themselves as engineers.

Our goal is to create a cohort of ‘digital makers’ who can design bespoke parts for a project, connect them to a programmable device and use them to solve a problem. Pupils might construct a chariot to connect to a Sphero so that a favourite teddy can be transported around a dorm; or they might programme a Micro:bit to create a self-opening bin for a visually impaired relative at home.

Prep schools can be the perfect environment for the trial and error approach to working with computers. Our children need these digital skills to achieve a greater level of proficiency in all aspects of their education.

Prep schools need to encourage failure to a greater degree than has previously been allowed. The ‘fear of failure’ inculcated in part by the exam culture of modern schooling, must be addressed as a first step in removing the shackles from our pupils’ progress. An immersive approach to the adoption of technology for staff and pupils, forced upon us by successive lockdowns, has produced a significant increase in the pace of progress.

Now is the time to forge ahead and prepare our children for the challenges they will confront at the next stage of their education and in the wider world beyond. Robotics, 3D-printing and computing definitely need to be part of a modern prep school’s curriculum.