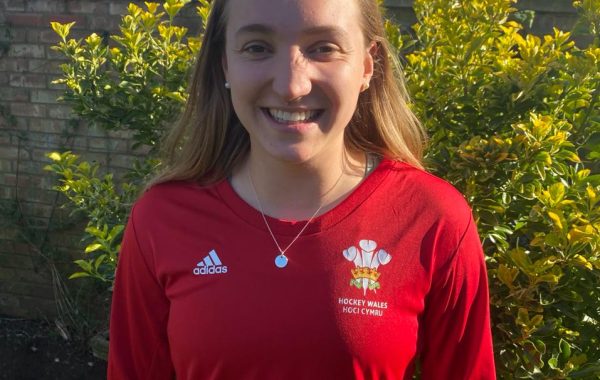 Rebecca, aged 21, has been selected for the Hockey Wales Women’s Team after impressing coaches at the Women’s Junior World Cup, held in South Africa.

Rebecca attended King’s Ely from Year 5 through to Year 13. She is from the Newmarket area, she went on to study Sports Science at Durham University, and her father, Kevin, is Head of Physical Education at King’s Ely Senior.

As well as being a key member of King’s Ely’s 1st Hockey Teams, Rebecca also played National League Hockey for Cambridge City alongside Helen Richardson-Walsh, Olympic Gold Medallist. Aged 16, Rebecca was playing for England Hockey. It was not just Hockey that Rebecca excelled in at school though; she represented the school in Netball, Tennis, Rounders and Athletics too, including at English Schools Cross Country and Track and Field level.

Speaking about receiving her first international cap, Rebecca said: “It was such a memorable day getting my first international cap for Wales. Playing at home in Cardiff in front of friends and family was amazing! It was a great experience playing against South Africa and even better to get a win in the first game of the series. Overall, the matches were great preparation for the Commonwealth Games!”

All major sports are offered at King’s Ely, along with an impressive array of other activities, helping every pupil to realise their sporting potential. Rowing, Athletics, Golf, Cricket, Hockey, Tennis, Rugby, Netball, Yoga, Pilates, Equestrian, Clay Pigeon Shooting and Football – there are sports and activities for everyone.

The Birmingham Commonwealth Games kicked off on July 28th. To find out more, visit: www.birmingham2022.com