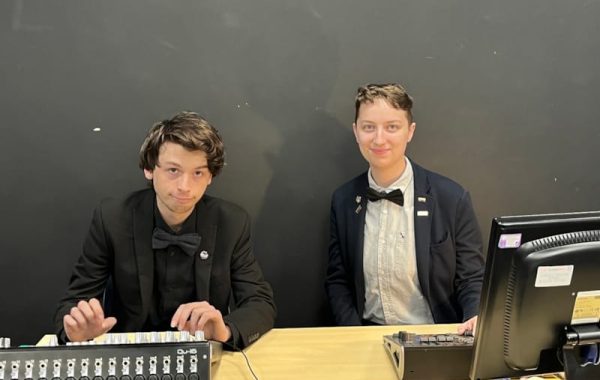 Two school pupils from Lincoln have received offers to study at a prestigious world-renowned arts academy in London.

Fran and Will, two Year 13 pupils studying at Lincoln Minster School, have both received offers to study Production Arts at the Royal Academy for Dramatic Arts (RADA) in London.

The two pupils worked through several highly competitive stages as part of the selection process and will now be working with industry experts as part of their training at the academy.

RADA was established in 1904 and offers ‘world-leading training in dramatic arts’. The famous academy is the alma mater of many of the word’s most renowned figures in film, TV and theatre, including Ralph Fiennes, Diana Rigg, Anthony Hopkins, Roger Moore and Alan Rickman, as well as countless professionals in the field of technical production.

Fran, one of the pupils who received an offer for the highly-esteemed academy, said: “Being so directly involved with backstage at Lincoln Minster School sparked a love for how theatre is made. At Minster I’ve been able to explore every aspect of technical theatre from lights and sound to costume and set.

“I was incredibly happy when I received my offer and now I can’t wait to continue my learning at RADA.”

This news follows previous successful RADA applicants from Lincoln Minster School, including Florence Hand and Ted Latus who have since worked at theatres such as the Shakespeare’s Globe Theatre, National Theatre, and the Young Vic Theatre.

Jenny Wafer, Head of Drama at Lincoln Minster School, added: “It’s an incredible achievement for Fran and Will, who both worked so hard throughout each stage of the application.

“The Academy is one of the most competitive schools in the world. RADA’s intake is around 30 people annually with around 60 getting to the final stage from hundreds of applicants each year”.