“Inspirational” chemistry teacher leaves the laboratory to lead by example 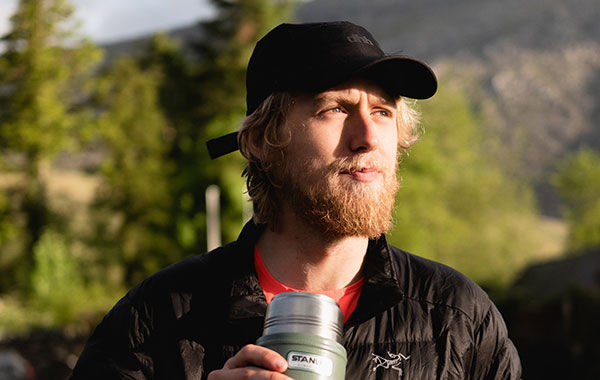 Angus Young, a chemistry teacher at Bryanston, has stunned pupils and colleagues at the Dorset school with two remarkable tales of endurance in the space of just a few weeks. Having led the way for most of the race, he has just won the ultra-endurance 2,000km Pan Celtic Cycling Race in an impressive time of 5 days, 3 hours 56 minutes and 25 seconds.  This followed his completion of the 3 Peaks by Bike challenge earlier in June where he took no less than 5 hours off the previous record.

The 2021 Pan Celtic Cycling Race began at the Rame Peninsula in Cornwall, with 134 cyclists from around the UK and Ireland following a challenging route through the Celtic areas of south west England and Wales before reaching the finish line in Llandudno in north Wales.  This is the second time the event has been held following its introduction in 2019, and experienced riders typically take a week to complete the “brutal” 2,000km route. Angus Young’s time cut the previous best time for the race by nearly one and a half days and organisers commented on his “unbelievable pace and superhuman effort” as he completed the challenge almost 8 hours ahead of his nearest competitor.

Just a few weeks before, during Summer half-term, Young climbed to the summits and cycled between the UK’s three highest mountains, completing the iconic and arduous 3 Peaks by Bike course in an unofficial record time of 32 hours and 11 minutes.

“Angus is certainly leading by example and is an inspiration for everyone,” says Bryanston Headmaster, Mark Mortimer. “Aside from his clear passion for chemistry, his mental strength and ability to excel at even the most arduous physical challenge is quite remarkable, and he is showing all of us what can be achieved through determination, unwavering focus and intensive training. His latest achievements are, quite simply, phenomenal – not least as they have been undertaken in such quick succession and with such impressive timings.”

Angus Young is an experienced cyclist, triathlete and ultra-racer and joined Bryanston in autumn 2020 to fulfil his career goal of becoming a secondary school teacher, having previously graduated in Chemistry at Oxford University. Away from the School’s chemistry laboratory, however, the winter lockdown and the absence of any organised events and competitions compromised the scope for setting new personal goals in his increasingly ambitious cycling pursuits.

The Three Peaks by Bike provided just the type of challenge he was looking for and, with the help of a dedicated support crew and following months of intensive preparation and training he was way ahead of his target time for completing the course. The Pan Celtic Race was one of the first competitive ultra-endurance events to be held since easing of lockdown restrictions and, despite being just a few weeks after Three Peaks challenge, Young couldn’t resist the opportunity to join the field of cyclists.

Commenting just before his latest challenge, Young said the Three Pikes by Bike challenge was the result of an exercise to find a motivational goal during one of the most difficult winters we have known.

“The enormity of all of the planning, training and completion of the course is only just beginning to sink in. It was all about the importance of having a personal goal to motivate and drive myself through the restrictions of such a period of uncertainty. Completing the course in record time was a bonus, but that wasn’t the main objective. The key was all about the process of identifying an ambitious personal goal in the dark days of lockdown and then focussing the mind and preparing the body to complete the challenge. I’m delighted that the process has proved to be such a resounding success.  It has certainly spurred me on to rise to the many tough tests that lie throughout every stage of the Pan Celtic Race.”