by Jenny Dwyer, Head of Schools Practice at Saxton Bampfylde and former Head of Sherborne Girls 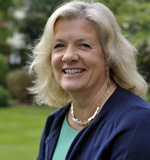 Heads of boarding schools often spend a large amount of time talking to prospective pupils and parents. When I was a Head, I was once asked by a parent how I could guarantee to her that I could keep her daughter safe in my school, as her daughter was particularly precious to them.

I can remember thinking to myself that in my experience all children are precious to their parents, but that it was a good question and a reminder that the responsibility a boarding school has to its pupils to ensure all safeguarding procedures are in place is both a privilege and a terrifying burden!

Boarding schools are all too aware of the ways in which they must ensure that all their young people are safe. This is the absolute basic of what they do and all schools aspire to do much more than the basics. Safeguarding is at the core of everything they do.

All staff at boarding schools are well aware of the Government document Keeping Children Safe in Education (2020) and in terms of safeguarding, policies and procedures are clear and schools work hard to ensure that safer recruitment is carried out, pupils and parents know where to go with concerns and quality assurance is regularly checked.

But ensuring young pupils’ safety is so much more than this. Boarding schools are committed to ensuring their pupils feel safe and able to talk through any concerns. In recent times there have been a number of issues which have affected young people, some of which have made them feel very uncomfortable. Schools have responded positively to the issues raised through the Black Lives Matter movement and ensured they have properly listened to the concerns of former and present pupils. The curriculum has been reviewed, diversity in teaching staff and governors has become a priority and real work has gone into making sure schools adapt appropriately to changes in society.

Schools are not in the business of just intervening when things go wrong. The emphasis on creating an open and welcoming environment where young people can discuss difficult issues and the school can respond to real concerns has played its part in framing schools’ responses to Everyone’s Invited (www.everyonesinvited.uk), a website where young people shared their experiences of sexual harassment, both inside and outside education establishments.

Staff have worked hard to make sure young people can be heard and have the opportunity to talk through those difficult issues which they have been brave enough to bring to the fore. It is so important to allow young people to discuss these very complex issues within a safe and secure environment so they can work through their very real worries. It’s part of growing up and defining their own moral compass. They have to be able to debate and challenge without fear of repercussions.

Never before has wellbeing had such prominence in the minds of school leaders and we see whole school initiatives which are well resourced and clearly understood. This preventative approach has ensured that issues for young people are dealt with quickly and sympathetically and that there are lattices of support to catch any pastoral issues before they become crises, wherever possible. Key in this endeavour is the willingness and ability to work closely with parents and to ensure parents and pupils are heard and included in relevant discussions.

Boarding schools have worked hard to improve their safeguarding and give young people the opportunity to thrive in a safe environment. The pandemic has been a difficult time, but let’s hope the increase in communication, emphasis on wellbeing and greater openness are the positive takeaways.